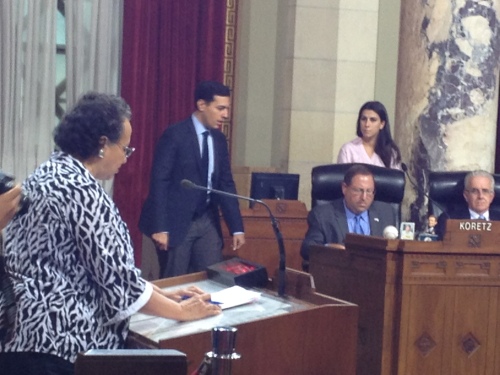 Oaxacan migrants and their children celebrate traditions in DTLA (Video) 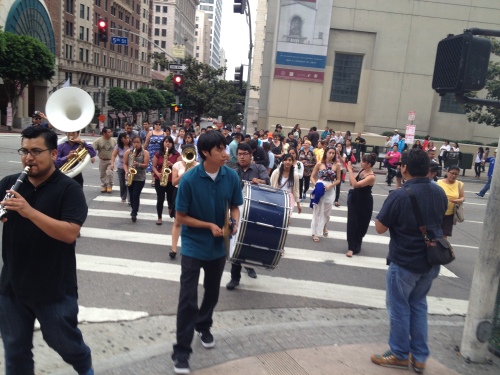 Los Angeles, as the global city that it is, harbors one of the most interesting and rich culture of indigenous immigrants and its descendants: the one created by the Oaxacan community.

Oaxaca is located in the south of Mexico and it’s comprised of 16 diverse indigenous groups and the mestizo population. With the migration phenomenon, since the beginning of the twentieth century, some Oaxacans started to come to the USA. 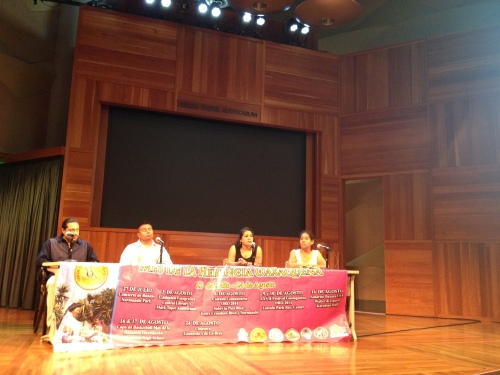 In the mid 80’s, community organizations such as the Regional Organization of Oaxaca (ORO) and later the Binational Front of Indigenous Organizations (FIOB) were founded.

With some 50 years of migrations, Oaxacans have created a cultural space characterized by its richness in food, music, dances, traditions art and intellectual and political contributions.

La Guelaguetza, one of the most famous festivals in Oaxaca is being celebrated in Los Angeles for 29 years (organized by ORO).

Among Oaxacans we call the cultural space created by our communities in California, Oaxacalifornia. That is to say, a space were we experience our traditions and cosmogony.

Taking over the streets of LA with music and dance.

Approximately, 200,000 oaxaqueños live in Southern California, with an important population of Zapotecs. In the areas of the central Valley and the coast of California, other indigenous groups such as Mixtecos and Triquis are settled.

On August 3, 2014, dozens of Oaxacans from the first and second generation, got together at the Los Angeles Public Library to hold a cultural event called “Welcome to Oaxacalifornia, Oaxaqueños in the Global City of L.A.”

This event was part of the Oaxacan Heritage Month proclaimed by the City of Los Angeles and that has taken place for the second time in the last two years. 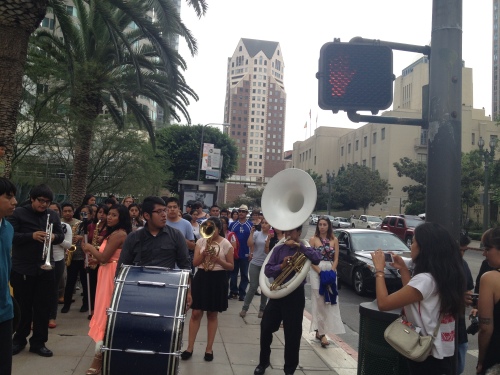 The activities of this one-month long celebration includes a gathering of traditional bands, the proclamation by the City of LA, “Bienvenidos a Oaxacalifornia, Oaxaqueños en la Ciudad Global de Los Angeles”, a Calenda (a parade-like walk), the Guelaguetza festival and a Miss Oaxaca pageantry.

You can read in Spanish a full piece on this issue at: